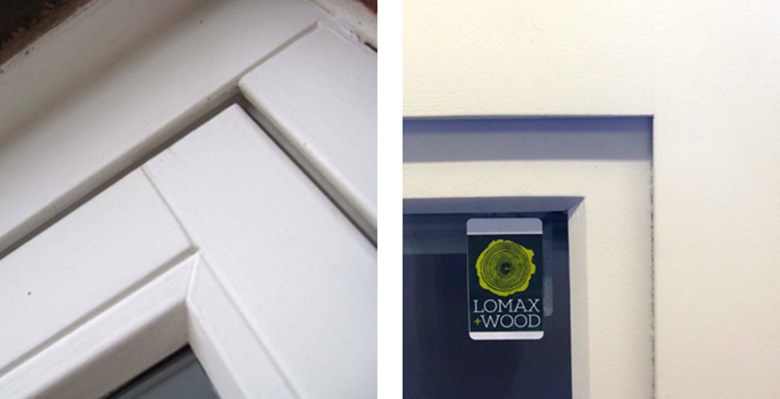 "My local Planner/Conservation officer has turned down our timber window replacement application on the basis of the manufacturer using Swedish joints. What’s the problem with these?"

Swedish joints were introduced to help with the mass production of timber windows. As the name suggests they originate from Scandinavia. They are seen on the joints of modern wooden frames and sashes where two pieces of timber come together; a groove is then formed due to the rounded edges of the two timber components. Planners and Conservation officers often look unfavourably on these modern joints as they are not in keeping with a traditional appearance. It can be argued that paint adhesion is better on a Swedish joint due to the rounded edges and less likely to crack due to the movement of the timber. However, flush joints will endure if maintained to the same extent as Swedish joints; in fact, as there is no groove into the timber with a flush joint, failure is less dramatic and repair easier. A flush joint offers a more aesthetically appealing appearance, particularly to those seeking to protect our architectural heritage.

Specialist manufacturer Lomax + Wood take great care to produce high performance timber windows and doors that recreate historical details. One important design aspect of this is producing products without Swedish joints. The company produce flush joints which have been tried and tested over centuries. In some instances the Swedish joint can have a detrimental effect on the longevity of the frame, for if not sealed correctly or maintained, their design leads to a quicker deterioration of the joint.

Return to the blog index