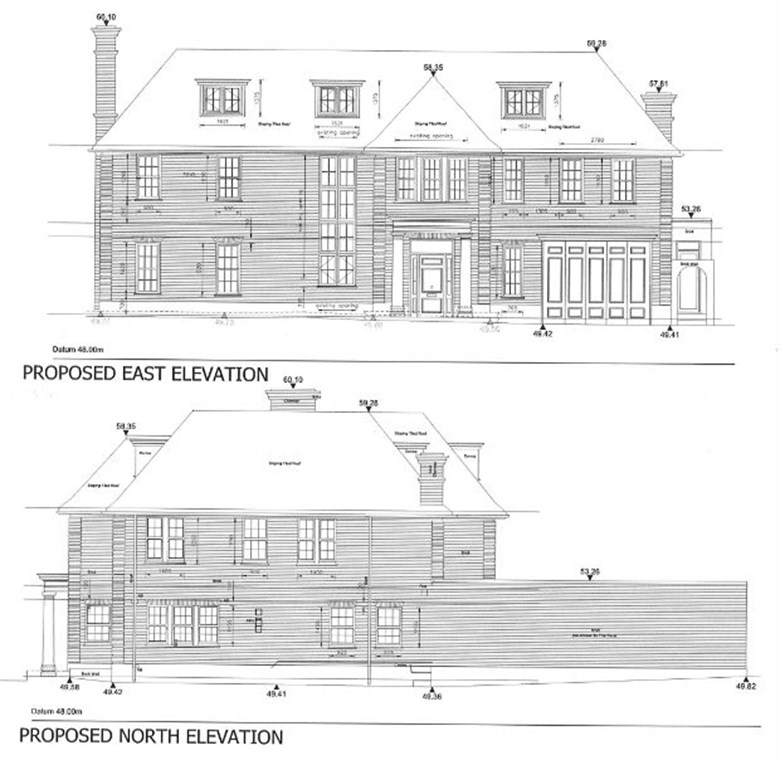 Some 243 acres of land purchased from Eton College by cosmetic heiress turned social worker, Dame Henrietta Barnett, together with architect Barry Parker and Sir Raymond Unwin, mining engineer turned architect planner, created the masterplan of the Suburb.  The scheme called for accommodation for all classes and income groups; low density housing; wide, tree lined roads and avenues; hedges instead of walls; public access to woods and gardens and it should be quiet with no church bells. Dame Barnett set up the HGS Trust in 1906 to protect the character of the scheme and freehold houses, flats and commercial premises within the Suburb are subject to a scheme of management approval.  Ever since freeholders have been required to obtain approval before altering anything at all – this even includes pruning trees!   The Trust is the freeholder of the majority of the remaining leasehold property in the Suburb.

In Winnington Road, one of the loveliest avenues on the Suburb, one homeowner has successfully obtained permission from the Trust and its officers to replace a very substantial family property. It’s going to be fabulous – no wonder the Trust gave their approval!  But the excitement for us is that the Trust has approved made-to-order, thermally efficient timber windows and doors from our Kensington & Chelsea collection that satisfy their officers in every detail.  The homeowner has chosen beautiful, historically detailed, double glazed sash and casement windows; elegant, coordinating French doorsets and a fine, traditionally manufactured entrance door.

But for a little extra star-dust, neighbours in Hampstead Garden Suburb, which by the way is considered to be one of the wealthiest areas in the country (despite the founders’ original intentions), include Gok Wan, guru stylist; Lord Winston, professor, surgeon and scientist; Jonathon Ross – the very same, and Constantine, the last King of Greece.  And there’s loads more A-listers if you want to check it out.  And for boppers, Paul McGuigan, Oasis, and – wait for it – Harry Styles of 1D are all there.  Probably a blessing that our windows, while looking superb, naturally provide great acoustic performance!

This is just the first in our Suburb ‘blogcam’ series – so watch this space.

Return to the blog index