While the property is not listed it lies within the conservation area of the Royal Borough of Kensington & Chelsea. The 2001 census identified that the borough is the most densely populated local authority in the UK and with a land area of just 12 square kilometres it is one of the smallest London boroughs

Originally built as a traditional two-storey, three-bedroom cottage in this sought after location, the property has been modified several times in its history.  A third floor was added in 1978 by the then owners; the current owners, serial property refurbishers and remodellers, have recently gutted the property internally, over a four-month build period, transforming it to a three-storey contemporary home while retaining its external appearance in every way.

Bespoke sliding box sash windows, operated with traditional cords, brass pulleys and weights, by Lomax + Wood, were specified by the homeowners, partly based on word of mouth and recommendation, and partly because the company is locally based.

“The main window to the ground floor front elevation has introduced a lot of light into the dining room cum study end while two beautiful box sash windows to the rear provide light in the busy kitchen work space,” says (Martine).  “We had some concerns about noise levels, not only from the infant school opposite, and the road, but mostly from the overhead flight path to London Heathrow.  We needn’t have worried.  The timber frames quite literally absorb sound from entering the building and have tremendous acoustic qualities.”  The couple also found the building chilly during the winter months and the single glazed windows were in poor condition and very draughty, but the thermal performance of the double glazed Lomax + Wood windows has overcome any discomfort and contributed to reduced heating costs.  “We were really cosy last winter in the most extreme weather conditions, even for London, which is very important in a large space with open staircases.” 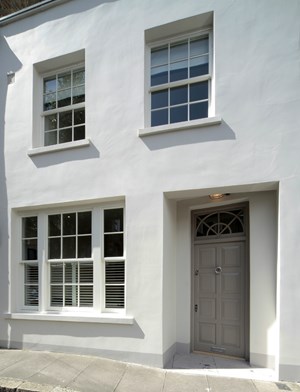 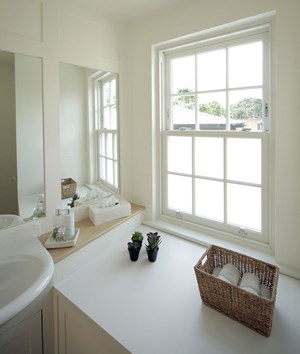 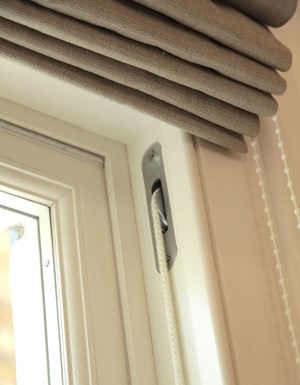 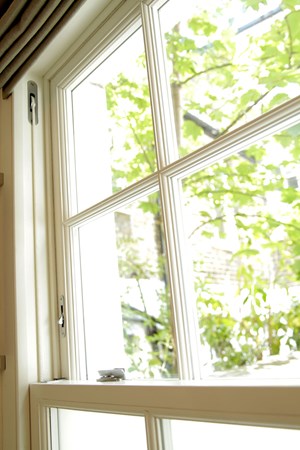 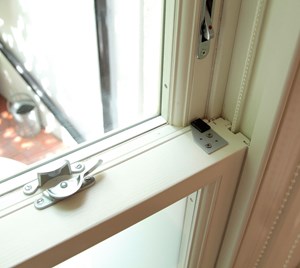 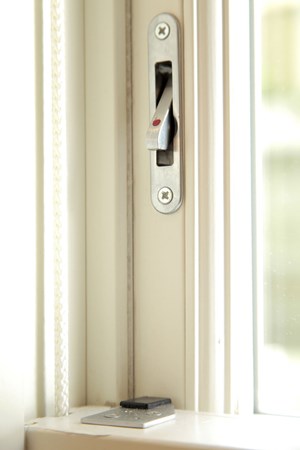 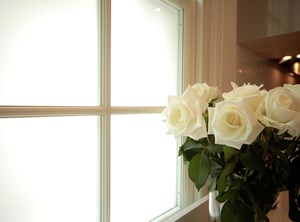 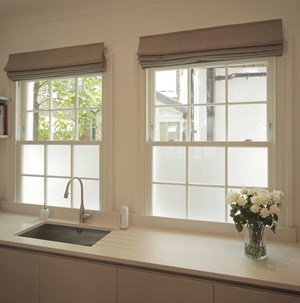 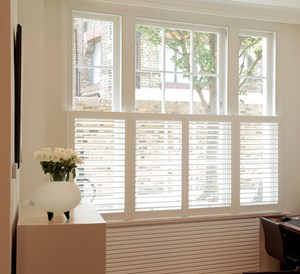 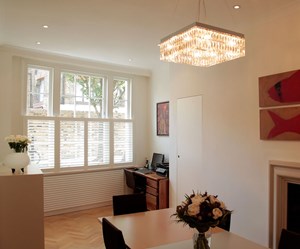 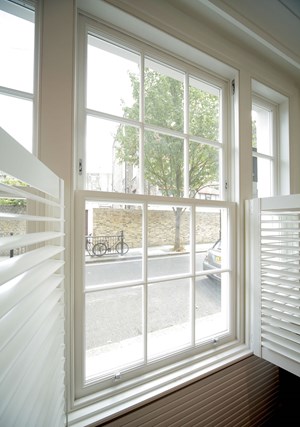 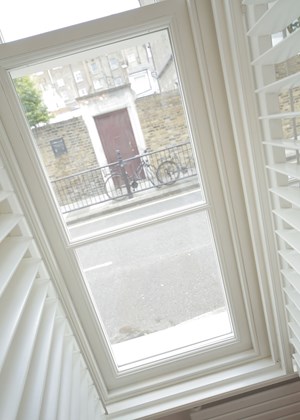 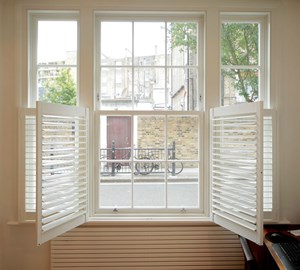